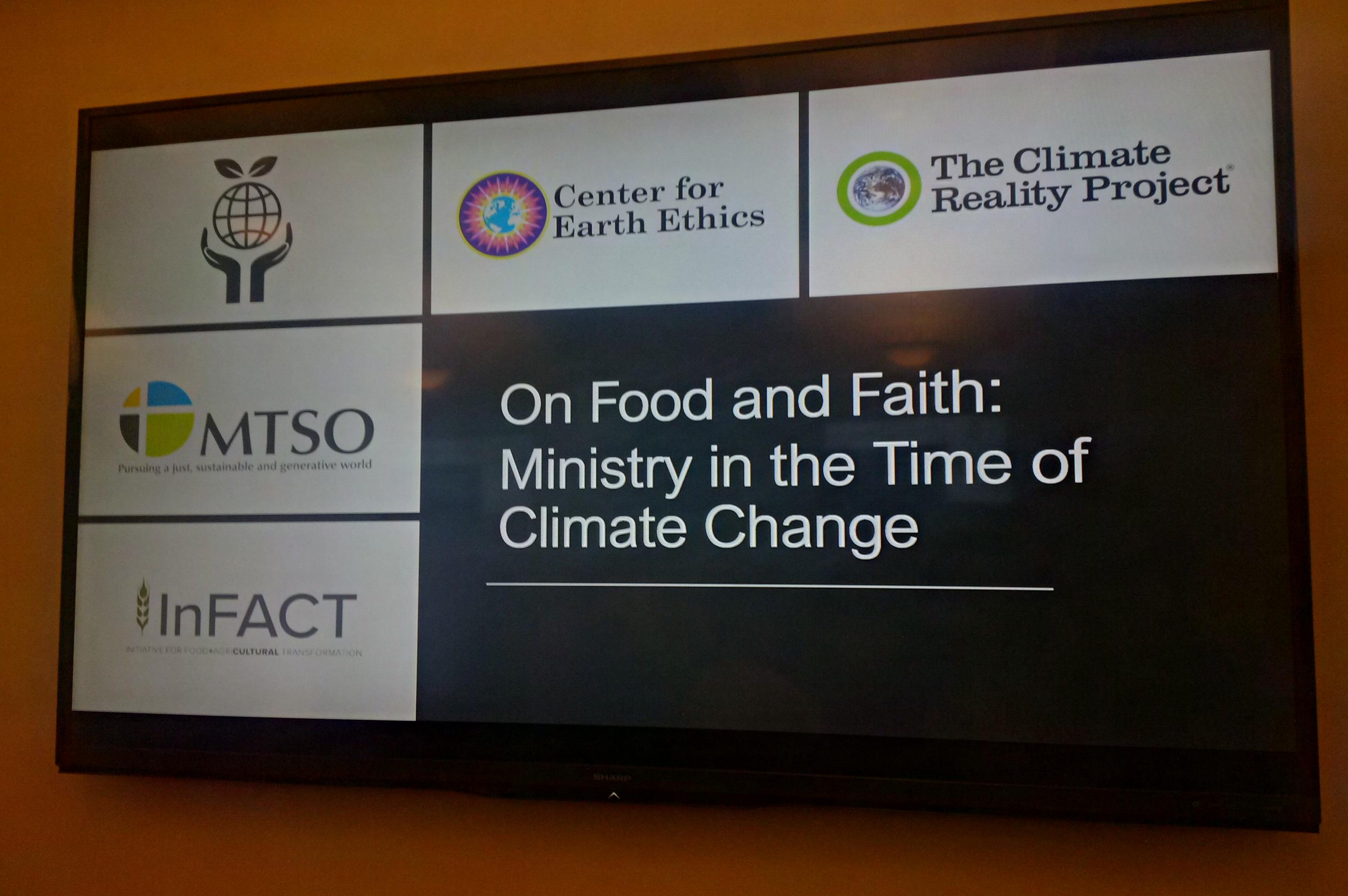 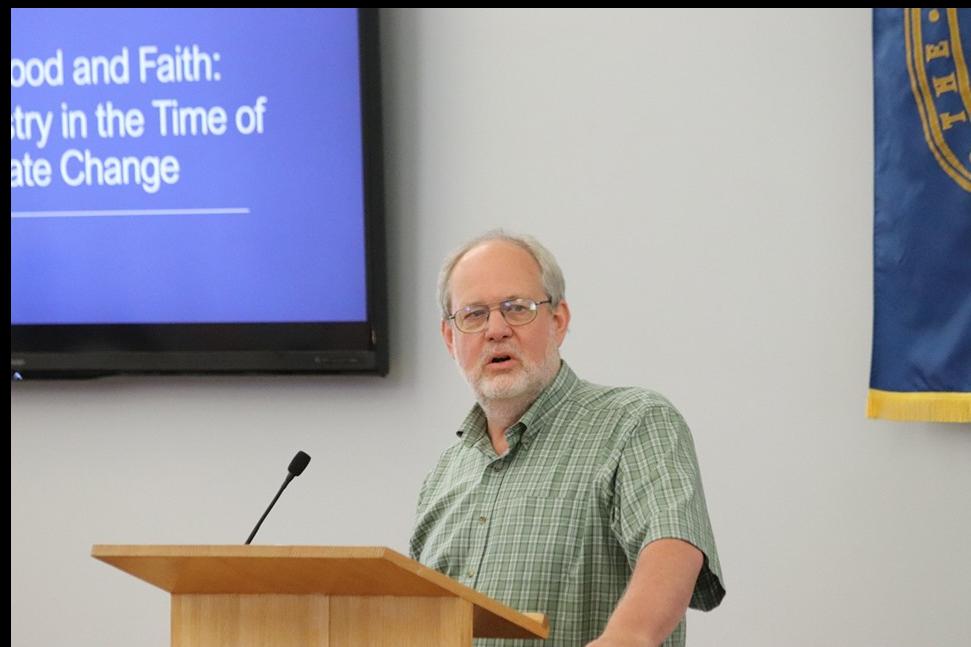 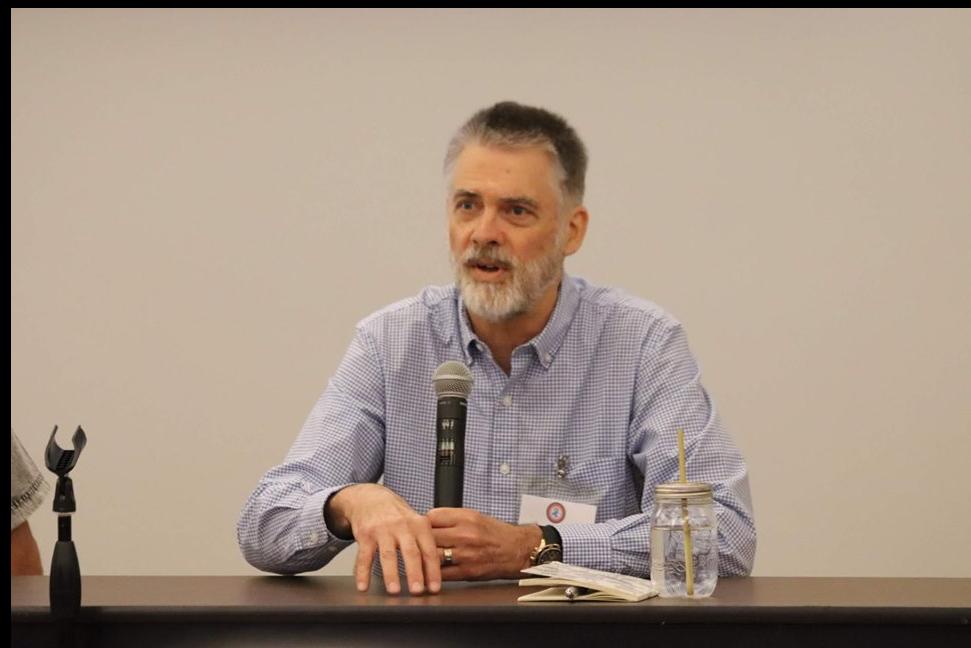 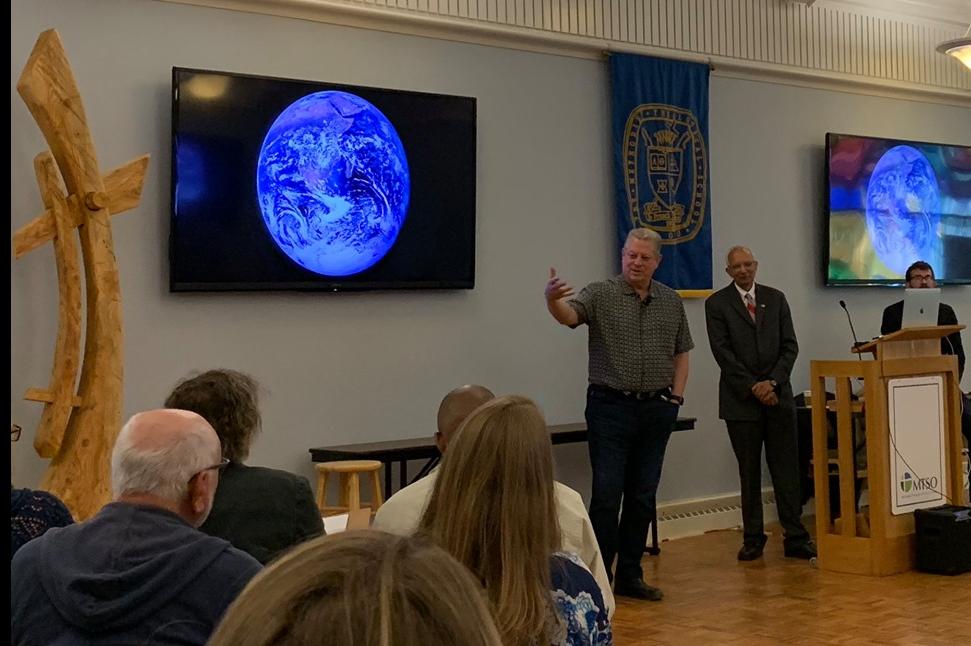 Faith leaders are among our nation's most trusted voices when it comes to ethical living, so it makes sense that they would be on the forefront of climate change initiatives. Keeping them informed about food and its impact on climate change was the goal of the On Food and Faith: Ministry in the Time of Climate Change conference sponsored by the Center for Earth Ethics, the Climate Reality Project, Methodist Theological School in Ohio (MTSO)—and The Ohio State University's Initiative for Food and AgriCultural Transformation (InFACT).

Held this past May 30 – June 1 at MTSO's campus in Delaware, Ohio, this was the Center for Earth Ethics' fourth annual ministerial conference and the first held in central Ohio and co-sponsored by InFACT. The 130 150 attendees were selected through an application process for the in-depth training, says Andrew Schwartz, deputy director of the Center for Earth Ethics. “Through the ministers' training we're trying to put a moral and ethical lens on the climate change issue to see what our traditions have to say about it, and then the thrust of the conference is geared towards what we can do about it.”

A highlight? Former Vice President Al Gore—father of Center for Earth Ethics' Director Karenna Gore—who spoke at the conference's start. “He comes to every one of our trainings and provides the scientific background and the why and how behind climate change,” says Schwartz. “It's a fun partnership, and he gets really into it.

Speaking just before Gore was one of his personal heroes: Ohio State Professor Rattan Lal, who is also director of the university's Carbon Management and Sequestration Center. “When Rattan spoke, Gore went from the back row where he'd been sitting with his daughter to the front row. He was like a kid in a candy store, just eating up everything Rattan said,” recalls Schwartz. “Rattan is a world-renowned scientist, but he is also a philosopher who marries science, culture and philosophy with the Hindu tradition he comes from.”

InFACT co-directors Casey Hoy and Brian Snyder participated on the gathering's opening and closing plenary panels respectively, and added their thoughts regarding the complex problems presented by climate change and the interdisciplinary approaches needed to resolve them. In helping to frame the three-day conversation, InFACT's Faculty Director Hoy shared observations on the current state of our agriculture and food systems. “My main messages,” says Hoy, “were that our agricultural ecosystems are already showing ample signs of poor health, such as food insecurity for many and low income for farmers, that climate change will not help, and on a more hopeful note that a lot of experimentation is taking place on farms in response to current pressures that could help us adapt to a changing climate.”

As the workshop was coming to a close, Executive Director Snyder talked about the innovative research being done at land grant universities, such as Ohio State, Iowa State and Michigan State, leading to the possibility of broad solutions to the climate crisis that gave participants a reason to be hopeful. “My goal was to show that, from this research, we know that large-scale landscape solutions exist that could help to sequester carbon on farmland while simultaneously benefiting the health of consumers and the bottom line for farmers,” says Snyder. Tours featuring Ohio State research in progress at the Byrd Polar and Climate Research Center and Waterman Agricultural and Natural Resources Laboratory (Waterman Farm) had been arranged for speakers and other guests on the day before the training by InFACT Program Coordinator Angela Latham, who also served on the planning committee for the entire event.

Schwartz and other organizers hope that as the faith leader attendees go about their ministerial work, they will carry the messages learned at the conference. “Faith leaders have a unique voice in the community, and they can get beyond the science and the data to talk at a deep level about the impacts of climate change and why we should care. We want to empower folks who are traditionally respected in their communities to be better speakers on these issues.”